How do AIDs and HIV effect people?

As HIV spreads through the body and progresses toward AIDS, more and more
T-cells(disease fighters) become inactive and unable to perform there duty. This means that not only do AIDs and HIV kill you, but they allow other harmful diseases to. Without treatmeant, AIDs can lead to people becoming very weak, unable to eat and consequently death.

AIDS has been accompanied by stereotypes and myths that affect the person living with the disease. For example many people stay away from physical contact with an AIDs victim because of innaccurate myths about how AIDs and HIV are transmitted; some people even believe AIDs can be transmitted just by standing in the same room as the victim. AIDs has alos been associated with homosexual people, creating injustice and cruel steriotypes about AIDs.

Keeping AIDs under control is very diffucult due to the financial costing of the medication and treatment. Most African's from notoriously poor areas of Africa don't have the money to control their AIDs and therefore end up dying or passing the AIDs onto their children. Treatment can cost anywhere between £200-£3000. 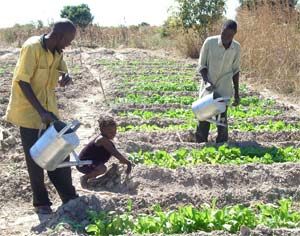